skip to main | skip to sidebar

Japanese Lithographs Of The Siberian Intervention.

The Siberian Intervention, (1918–1922) was a military intervention by the then allied powers of Japan, Britain, France, America and Canada, in the Russian civil war on the side of the white Russian forces, in the latter stages of the first world war.
The primary reason was the signing of a peace treaty by the new Bolshevik regime with the German government, which would lead to the collapse of the Russian front, and the isolation of the 50 000 allied troops stationed there. This would also allow the German army to move its divisions stationed on the eastern front to the western front, possibly re-enforcing its front lines before American troops arrived.
To celebrate the intervention the Tokyo based shobido and company produced a series of patriotic lithographic prints depicting various scenes from the campaign entitled The Illustration of the Siberian War 1919. 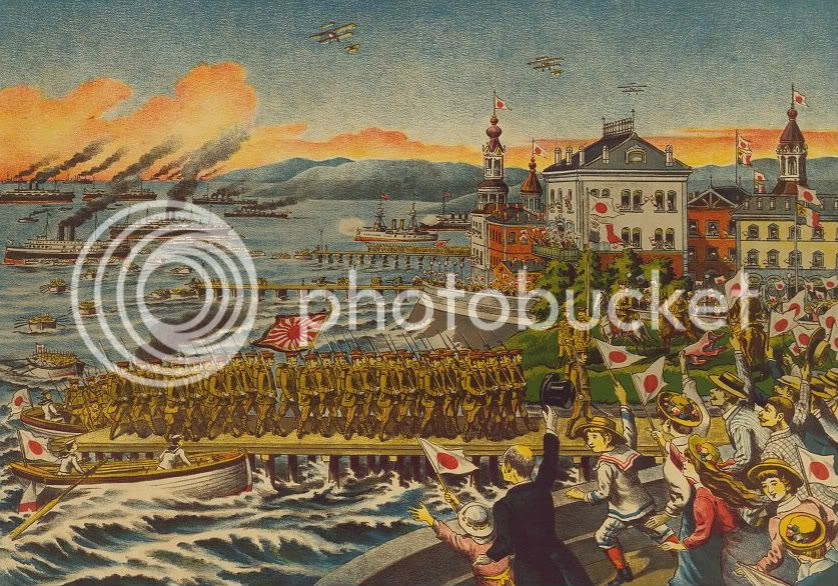 1) The landing of the Japanese army--Welcomed by every nation at Vladivostok 1919. 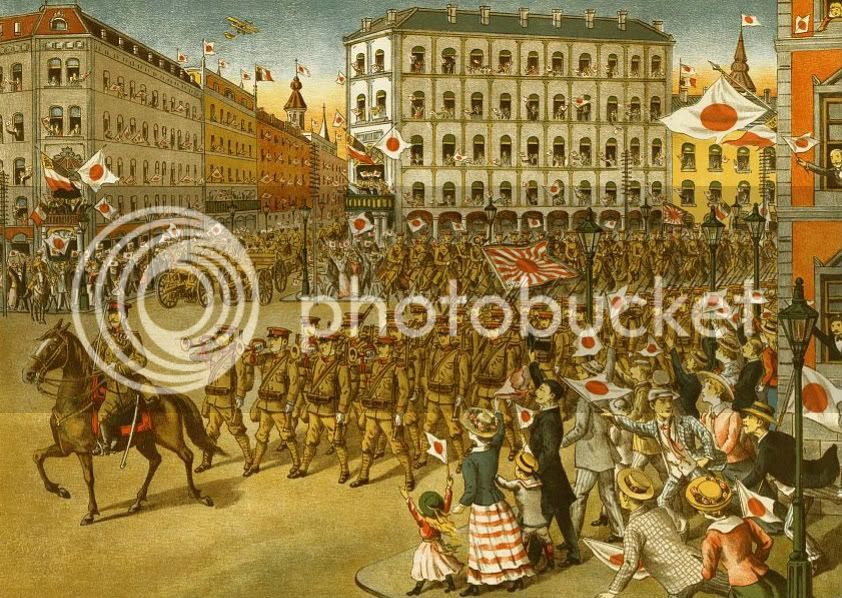 2) The march of the Japanese army at Vladivostok city 1919. 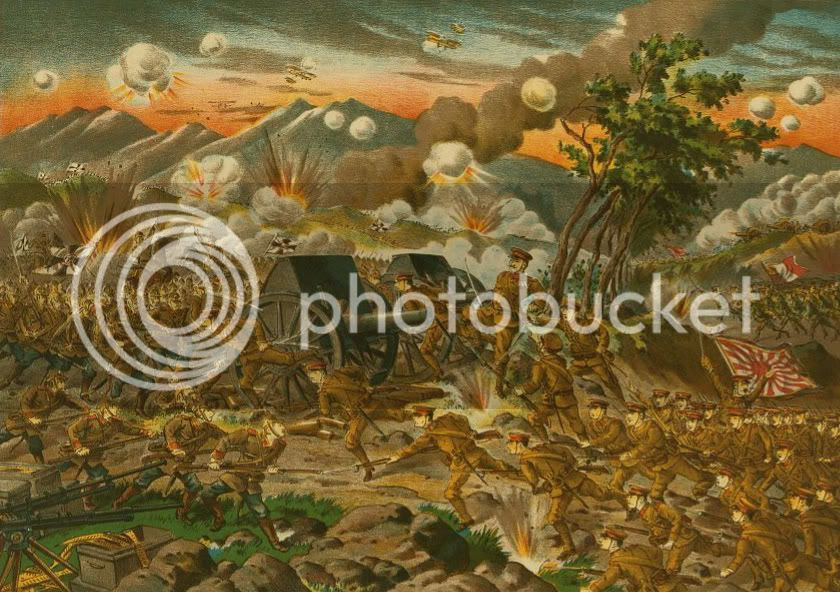 3) The battle of Ussuri, Siberia. were Captain Konomi died in battle. 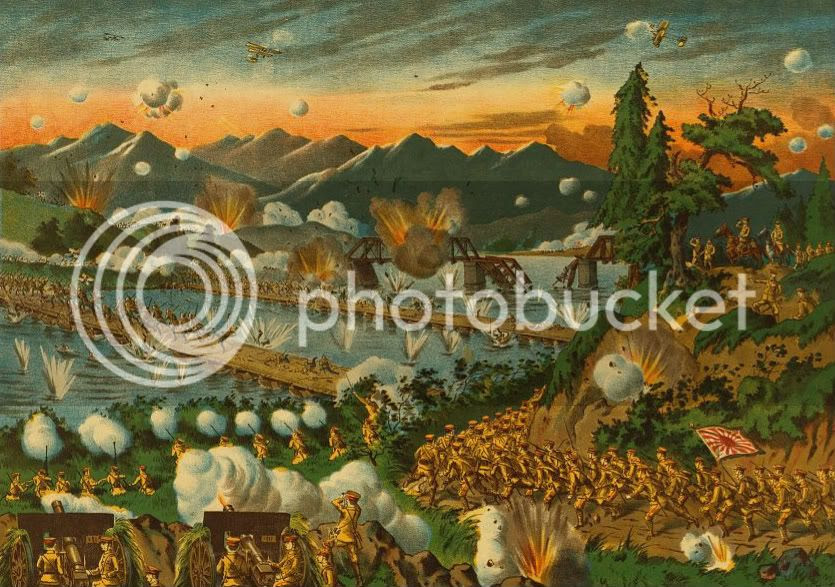 4) The Japanese army defeating the German-Austrian Army near Ussuri, Siberia. 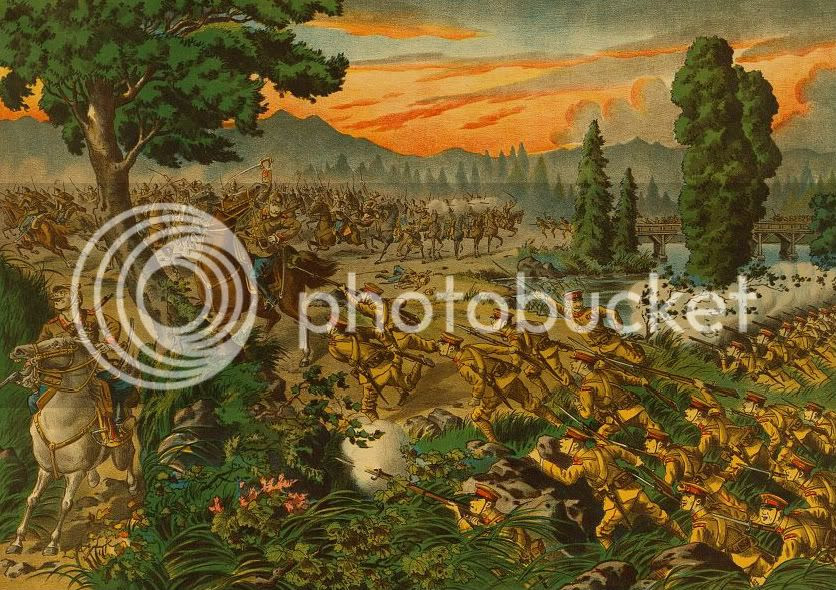 5) The first battle near Manchuria. The Japanese soldiers defeated the enemy's cavalry 1919. 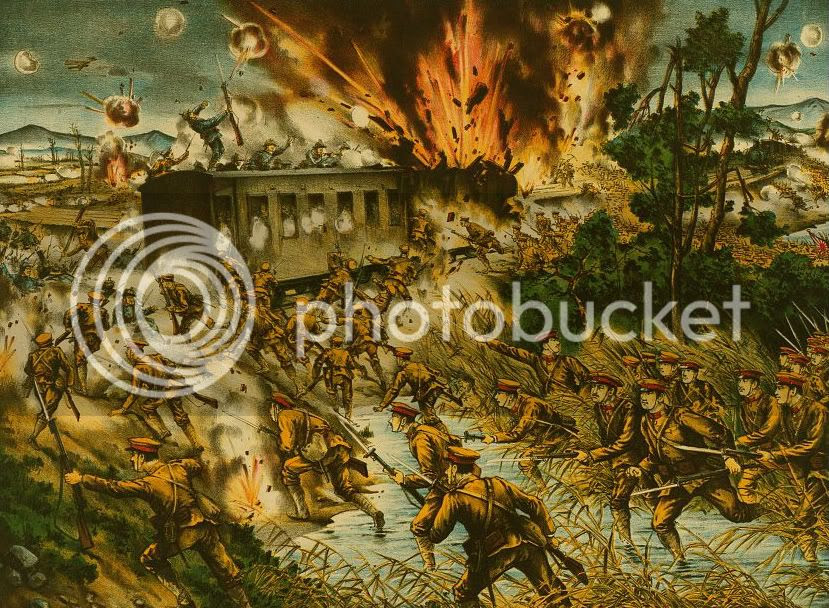 6) The brilliant exploit of the Noshido Infantry Company, destroying a rail road, going around the back of the enemy 1919. 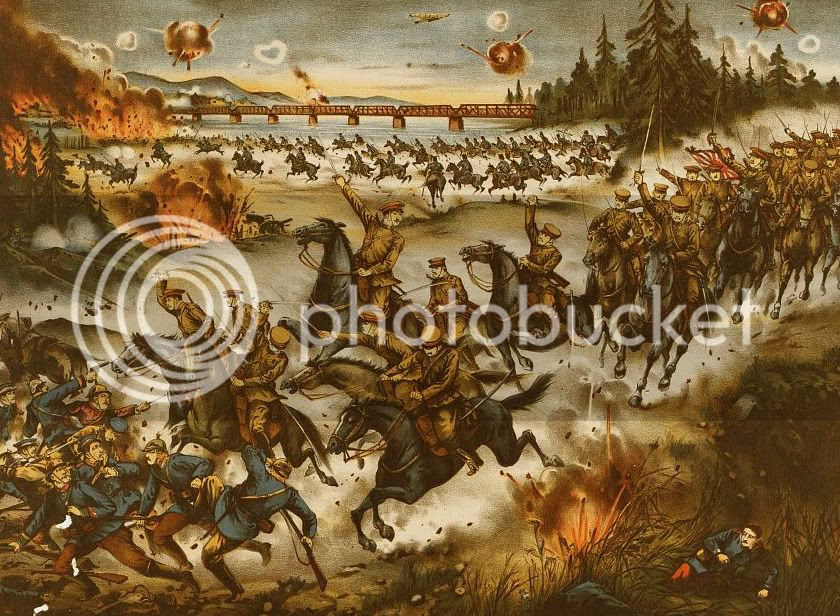 7) The Japanese cavalry having taken possession of Khobarovsk, pursuing and attacking the enemy 1919 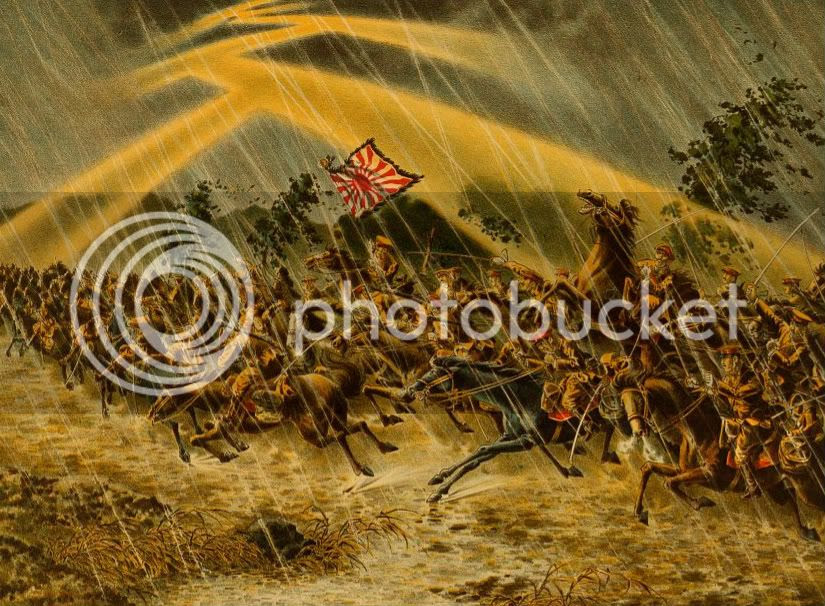 8) The Japanese cavalry advanced furiously in a storm 1919. 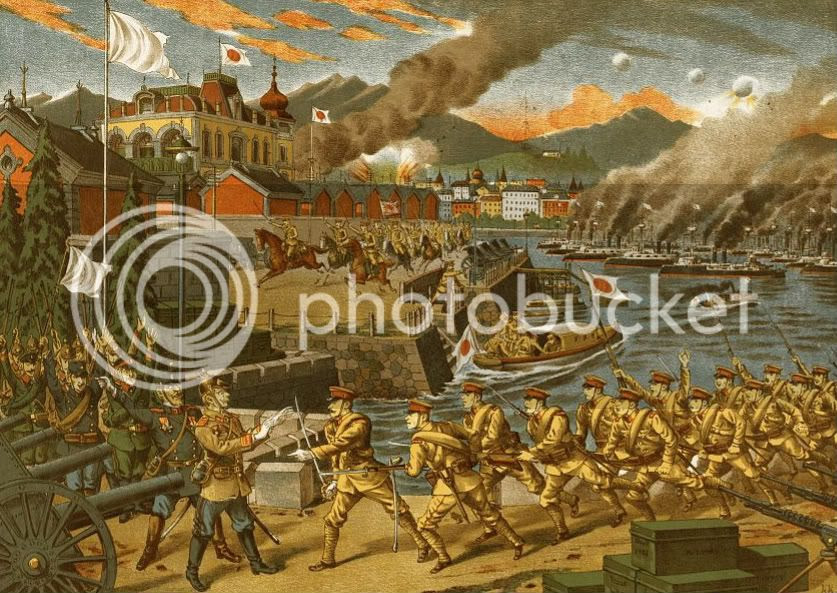 9) The Japanese army occupied Khabarovsk, and the Amur Fleet surrendered 1919. 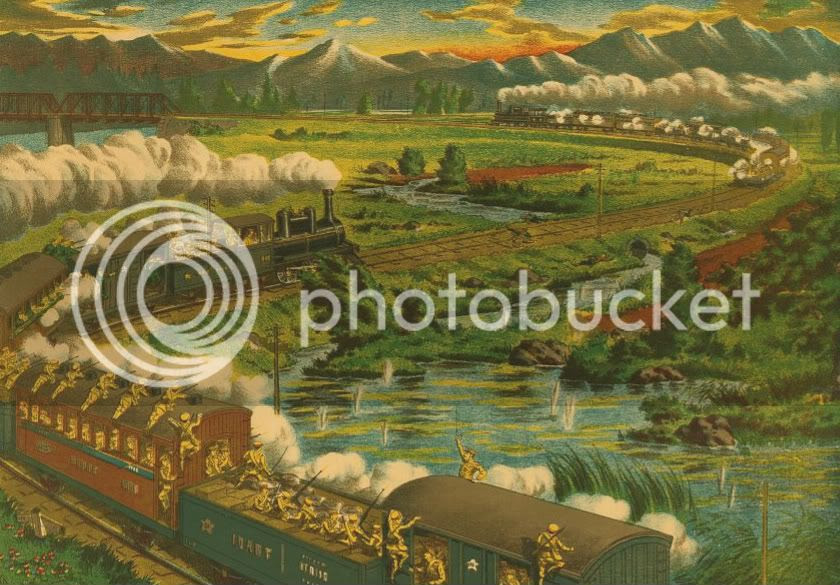 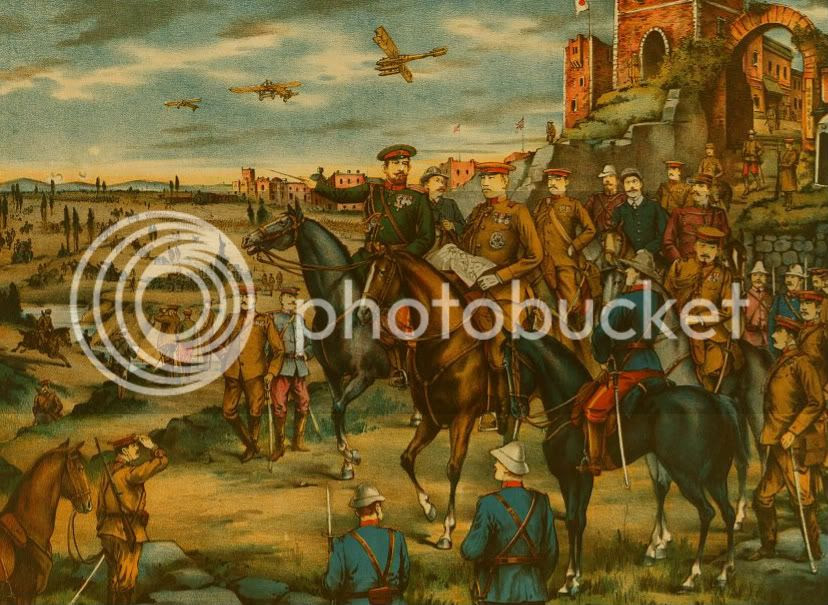 11) Starting out from the head-quarters of the combined army in Siberia 1919. 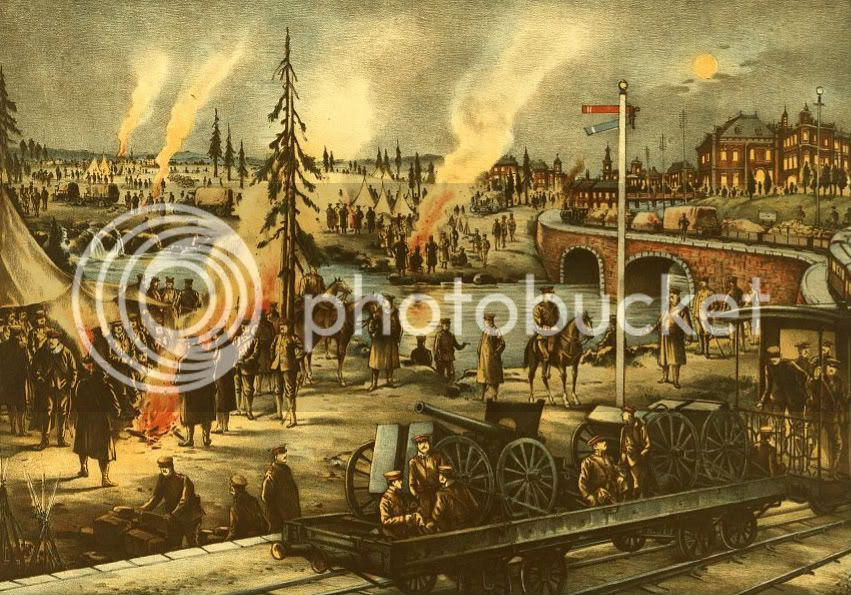 12) Camping of the expeditionary army in Siberia 1919. 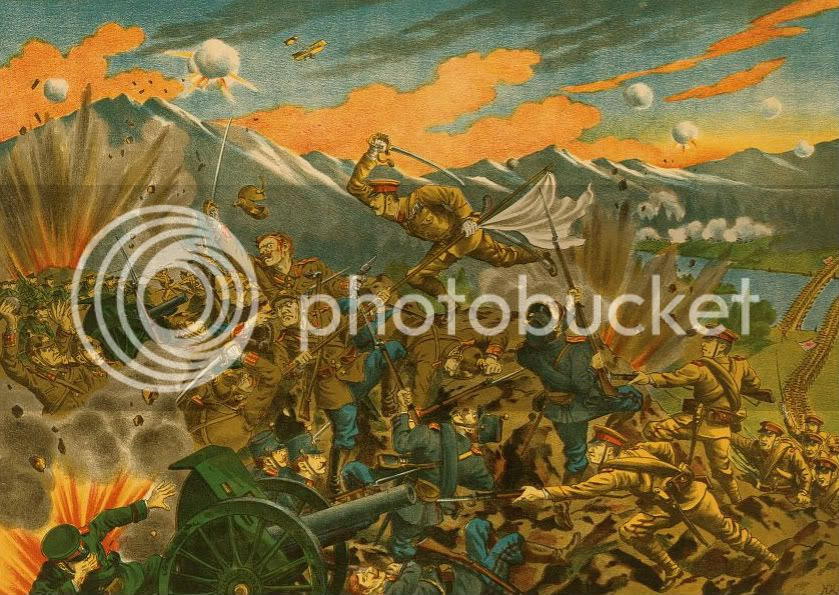 13) The battle of Ussuri, Siberia. Captain Konomi died in the battle 1919. 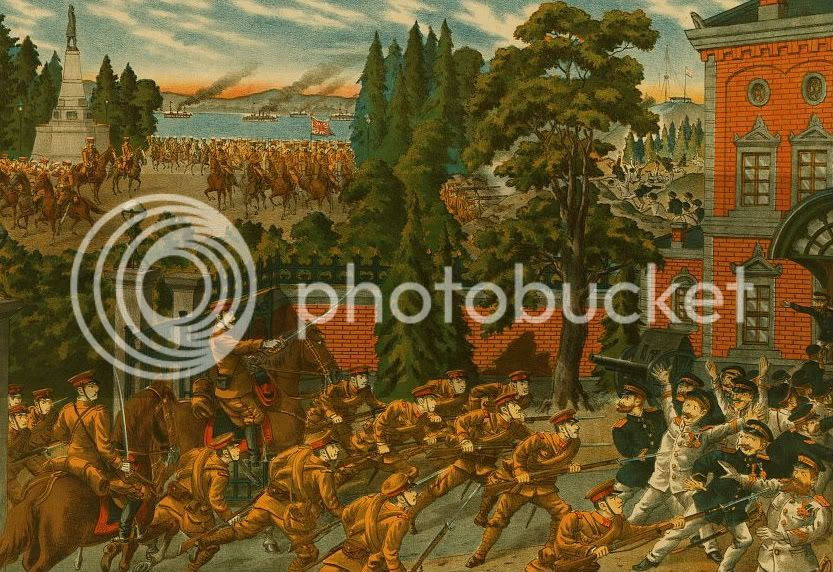 14) Our cavalry occupied Khabarovsk, and march past took place in front of the enemy's gun-boats 1919. 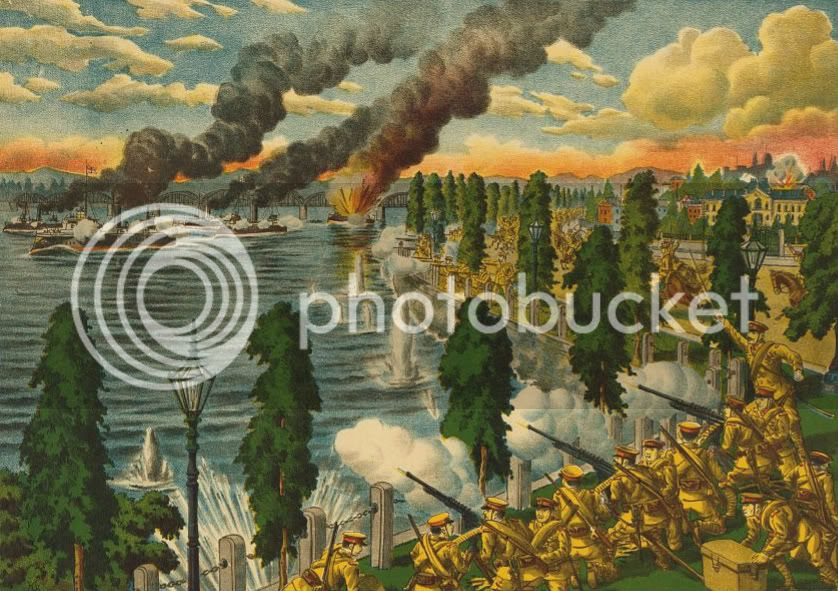 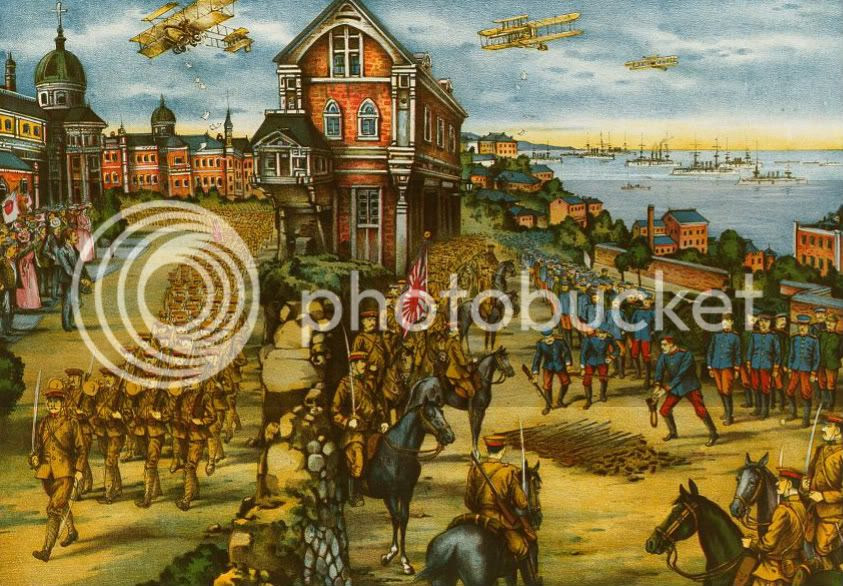 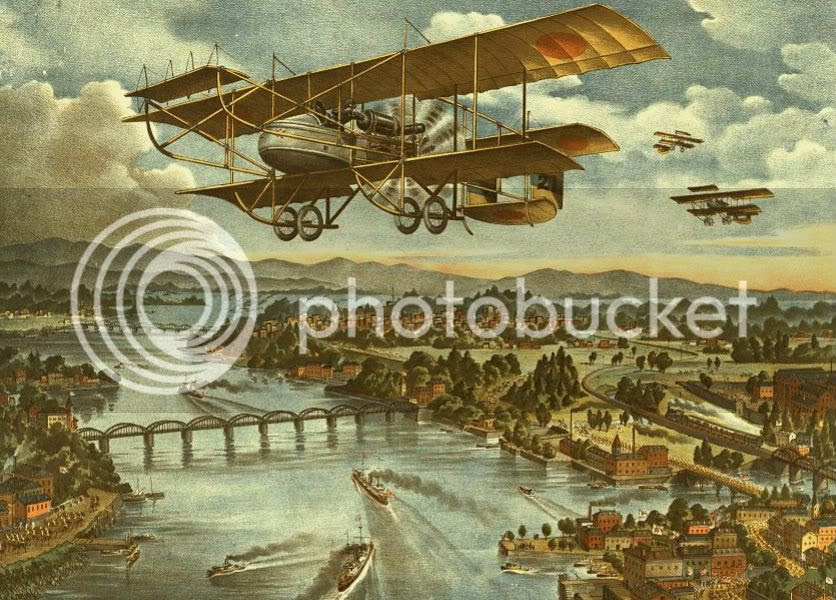 17) Our army attacks from sky, water and shore, and repulsed the enemy of Siberia 1919.

All The prints depicted here are courtesy of The Library of Congress Washington D.C.